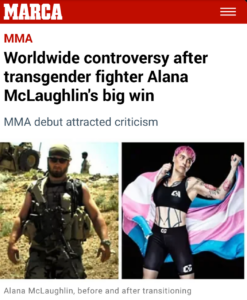 It’s a crazy world that we’re living in, isn’t it? I know a lot of people just remain silent and don’t really voice their opinions for fear of being canceled or facing backlash. But if you know me…well…I don’t care what other people think. I’m more interested in standing for what I feel is right and just. It seems that the subject of transgender women in sports has faded a bit now that the Olympics have passed, but trust me, there’s much more to come on this.

I feel I MUST say something about this topic. After being a trainer for 30 years, working with both sexes, athletes, pro and amateur and everyday people, I feel I have a perspective to share. But first, I want to ask you a question and I implore you to be honest. Really honest. Try your best to abandon feelings and emotions but rather, use the logical and rational part of your brain.

Do you think that a male, a biological male that is, who now identifies as a female, in their 20s, 30’s or older, who is on hormone suppression therapy for a period of 12 months, is now hormonally and physically equal to biological females of the same age? 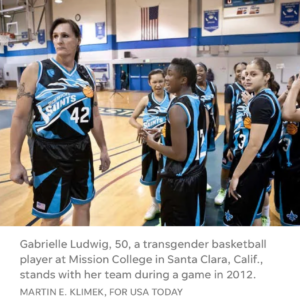 That answer is an obvious no. There’s no argument, there’s no science, there is NOTHING that would say otherwise.I’ve read some ‘studies’ by alleged doctors who say there’s no real discernible or quantifiable difference between male and female athletic prowess. To those doctorsI say…stop taking bribes and fudging your ‘research’.

I want to say this now. I fully support anyone, of any gender, any race or color… being who they want to be, asking people to call them whatever makes them feel good, having any sexual preference they choose, wearing whatever they want, whenever they want. I love to see people happy and enjoying life how they want to on their terms. I empathize for those that feel they are trapped in the wrong body and struggle with identity issues and acceptance.

But biological males who now identify as women are starting to dominate female sports on multiple levels, high school, collegiate and now even Olympic trials. You cannot tell me that is fair. This has nothing to do with being prejudice, unfair or non-inclusive to the transgender community. Not at all. This has to do with being 100% fair to biological female athletes. 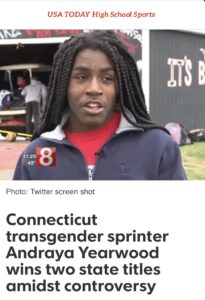 Women have lost on high school championships, a spot on the Olympic team, MMA fights or national recognition because they were bested by a transgender female athlete. Google it yourself – there are countless cases across the country. Any person with two eyes can visually see there is a massive difference in physicality regarding transgender females compared to biological females. How is this even a topic of discussion?!

A UFC fighter who identifies as a female AFTER years of fighting as a male, CRUSHED the skull of their female opponent in the fight. Think about that. Another transgender female weightlifter, who identified as female in his 30’s, took a spot on the Olympic team and away from the favorite female to win. Two girls in Connecticut who were the team’s best were beat by a newly female identified female sprinter. There are more. Now we’re posed to see more transgender athletes across all amateur and professional sports 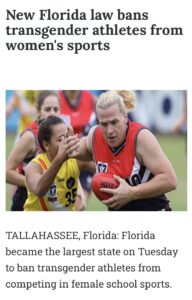 Men are generally up to 35% stronger in their upper bodies. That’s in untrained people, not athletes. Males are usually taller, weigh more, have heavier bones and broader shoulders and more muscle mass than female counter parts. No amount of hormone therapy on either side or can replace biological hormones and genetic code from birth. I’d bet the average height and weight of a transgender female athlete is noticeably greater than that of their biological competition.

A surgeon’s scalpel can’t re-write millions of years of evolution.

In fact, lets discuss our development for a bit. It’s not by accident that male and female bodies have developed differently. After all, we are animals, a species of our own. Like other animals, we have two clearly defined genders, male and female, which are NECESSARY for survival of the species. All male society? All female society? Everyone dies without the necessary reproduction and the accompanying gender specific traits. You can’t argue this – you’re alive today because male and females have been reproducing with two different, yet miraculous bodies for millions of years. 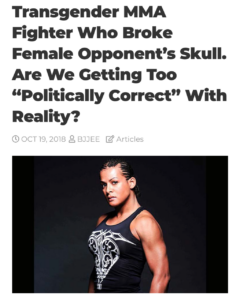 Also of similarity to other animals are clearly defined roles in society. No, not the society you see now but what occurred primally. You can see this all throughout the animal kingdom.

In our case, males, with their stronger and larger, taller and more muscular bodies were hunter – gatherers. We hunted food, we made tools and built shelter etc. Females, have wider hips for child bearing, were a bit shorter, had stronger legs for holding / carrying children and a longer life expectancy. The reason is simple – aging males were no longer useful because they weren’t as strong or capable as they once were. Older females on the other hand were useful as they were still very much capable of being caregivers and nurturers. Females biologically ‘run’ a tad slower metabolically  which contributes to longer life.

This is not toxic masculinity talking or bias towards one sex of another. These are facts. The great thing about science is that no emotions are involved. Throughout the years, men have historically taken on more physically demanding jobs; construction, landscaping, mechanics, or anything that required brute strength. Chances are you’re reading this in a building built by men, drive on roads laid by men, made by gravel shoveled by men, with dirt and tar poured by men, with medians mowed and landscaped by men, etc. Each gender had two specific roles, very different, but equally important. Both NEED one another.

The importance of knowing we’re talking about athletes is that playing sport will only amplify male characteristics. Male sprinters, runners, weightlifters, hurdlers, all track athletes etc. will all have even more muscle and strength than their non-athletic males, and due to their testosterone levels, the gap in strength between men and women will be even greater. 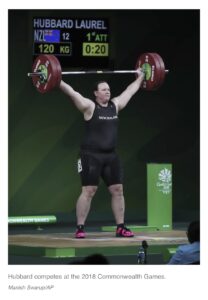 For as long as sports have existed, there have been two leagues – one male and one female. WNBA and NBA. Female weightlifting and male. Female golf and male. Female boxing, tennis, track, bowling, even pool! Do you expect me to believe that it’s fair for Lebron to identify as a woman, go on hormone therapy for 12 months and then play in the WNBA? How about Cristiano Ronaldo, Federer? Where do you draw the line? Don’t say I’ve given unfair examples. If you think any of the above is unfair to female sports, then it’s unfair across the board. Period.

In one study, researchers found that after 12 months, transgender women only lost 5% strength after being on suppression therapy. I’m sure we will see much more corroborating evidence as this subject becomes more prevalent.

If you want to make competitions fair, then create transgender games and categories. What could be fairer than transgender women and men competing against each other? Do you think its just coincidence that while competing as male athletes, these men were mediocre and now that they’re transgender they are dominating female sports?

I’m for inclusion in everything, if we’re using rationale and logical thinking instead of emotions and feelings to make these decisions. One groups feelings don’t make them right and, in my mind, it becomes unfair when individual demands start to trump an other’s rights. My heart breaks for those female competitors who have trained for years and have lost to biological males identifying as woman. It’s not right.

Truthfully I’m having a hard time understanding how this has ever been allowed and have to believe that it is just more political pandering designed to get votes. There, I said it.

What do you think? 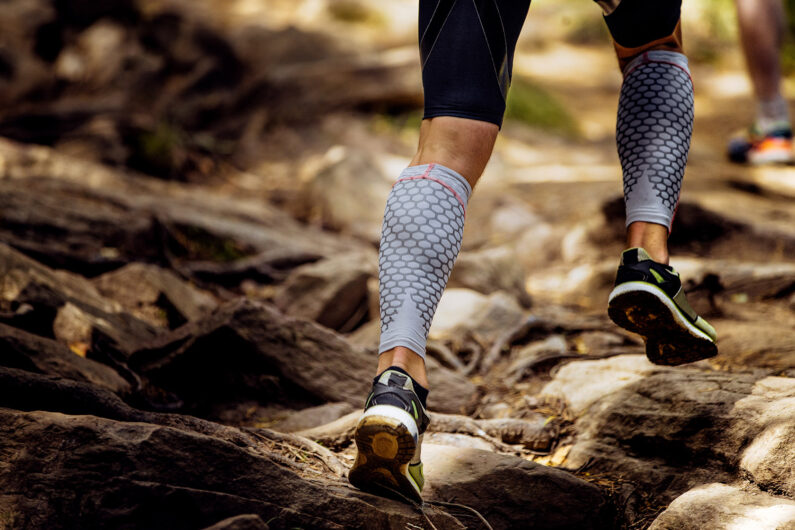 Hi Alfonso, I heard people saying ‘a calorie is a calorie’ and that weightless is simply about reducing calories in versus calories out. Some people are saying that simply… 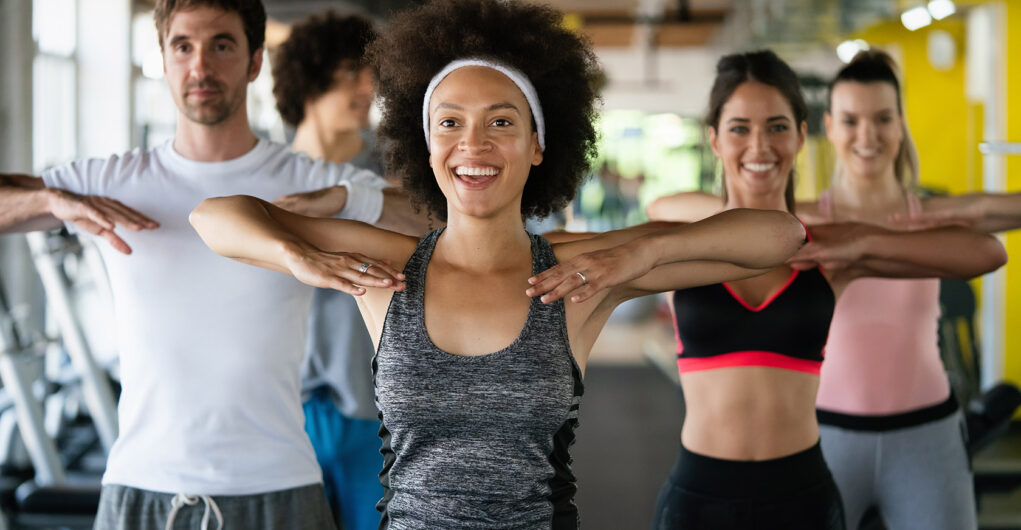 Top 10: People You’ll Meet At The Gym. Gyms have a social culture unlike anywhere else. But as interesting as they are, they’re not unique. They attract the same people no matter where you are. 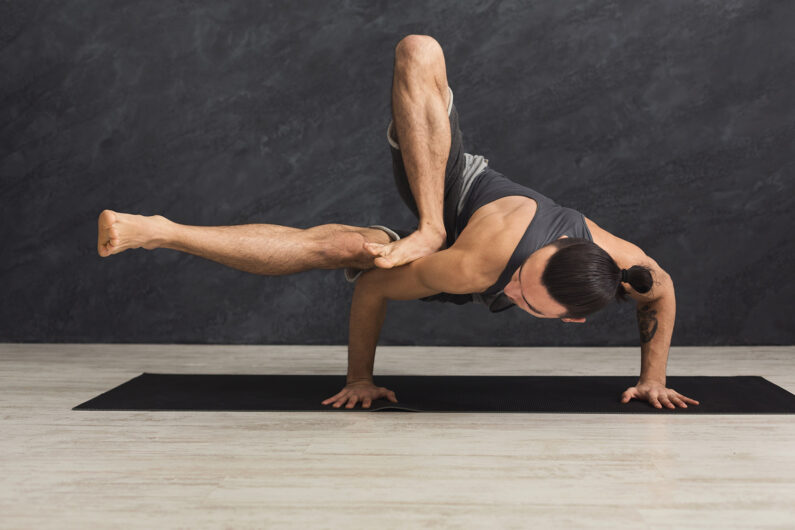 Fitness Fact Or Fiction: Will Yoga Make Me Long And Lean?

I’ve been asked this question and read it in headlines for what seems like an eternity! The truth is that the benefits provided by Yoga have long been misunderstood. Very misunderstood. 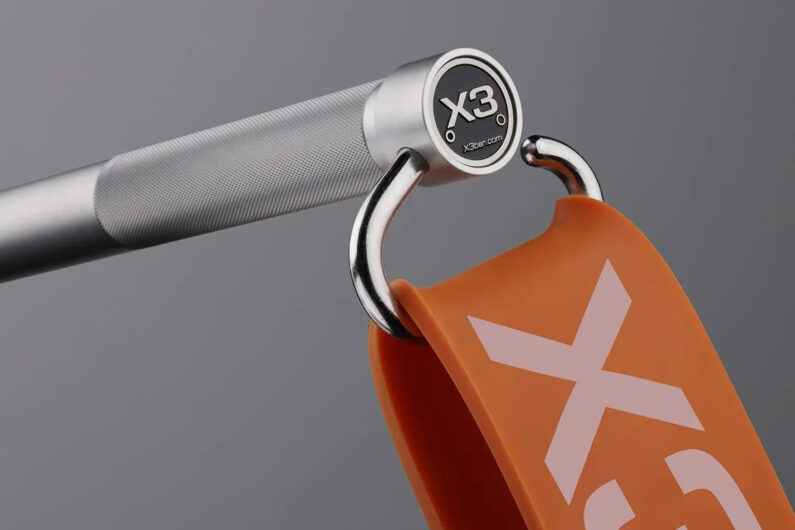 I’ve been seeing this ad for the X3 Bar on my Instagram and Facebook page a lot lately. It shows a big guy using a…

Please confirm you want to block this member.

You will no longer be able to:

Please note: This action will also remove this member from your connections and send a report to the site admin. Please allow a few minutes for this process to complete.

You have already reported this .
Clear Clear All